This weekend the British capital is a cathedral for the absurd and other-worldy, equal parts "Alice in Wonderland" and "Avatar." All of it is the wild imagination of a group of artists with Lumiere London, the city's first festival of lights.

As night fell, London was transformed into a spectacle of light. 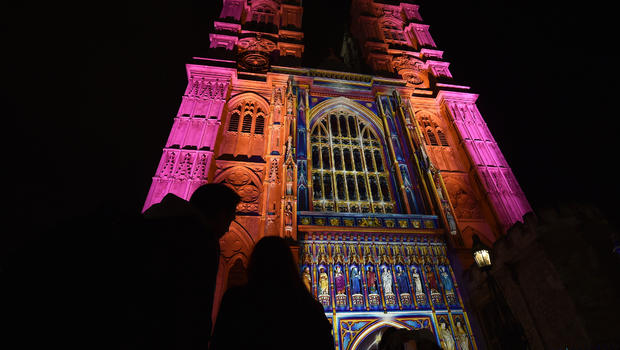 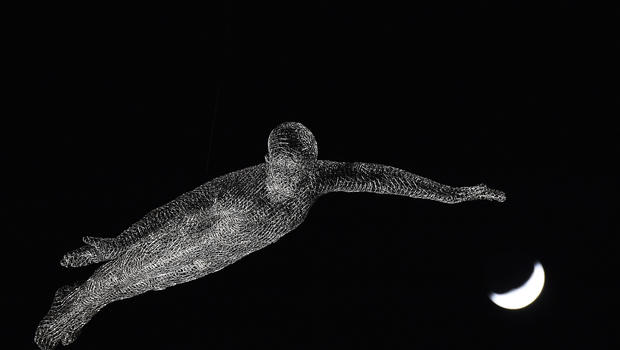 In Mayfair, an iconic red phone booth turned into an unlikely home -- for goldfish. 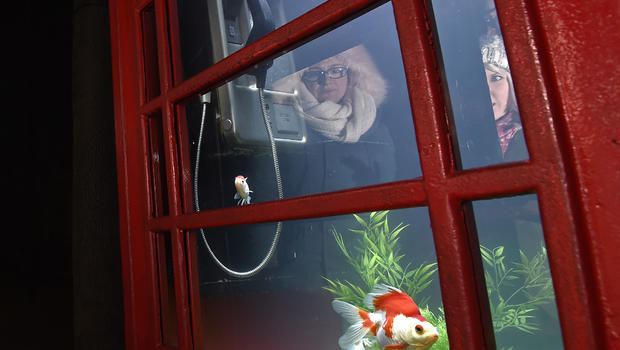 For four days (through January 17), streets, buildings and statues become a canvas for light installations, videos and performance. Janet Echelman chose Oxford Circus -- the busiest pedestrian spot in the city -- as her canvas. "London is the most kinetic international hub in the world," she said.

The audience did turn out -- fighting back the winter chill to bask in the glow.

"We are privileged to be allowed to play in all the great iconic places in central London," said Helen Marriage, director of events coordinator Artichoke and curator of Lumiere London. "It provides us with a giant gallery if you like, a huge outdoor gallery, that allows as many people as possible to come and enjoy this incredible work."

Londoners can create their own vision using the light on their phone to change the colors on the wall in the light graffiti installation.

The event was designed as an antidote of sorts to the post-holiday blues, and is the first major light show in the city, hoping to rival international festivals like Vivid Sydney, Berlin's Festival of Lights and Fête de Lumières in Lyon, France.

"I hope people go away with a new sense of London, its vibrancy, its ability to transform itself in this really remarkable way," Marriage said.

The spectacular lights and extraordinary color will dim on Sunday.